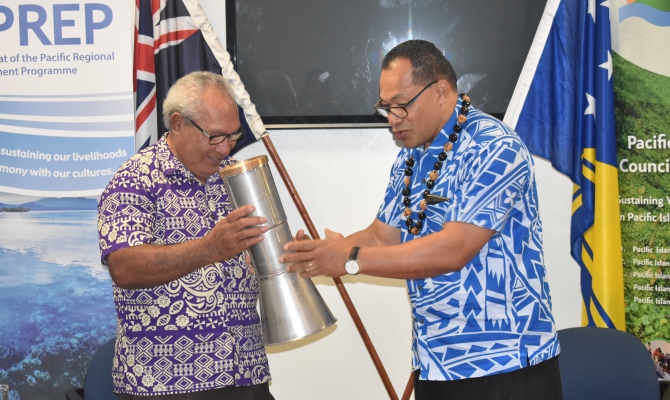 Climate Change Resilience
2017 ended on a positive note for the Met Office of Tokelau with the re-establishment of a fully functional office for Tokelau in December.

The Pacific Meteorological Desk Partnership (PMDP) officially handed over Meteorological instruments to the newly established Met office of Tokelau, leading to the re-establishment of Meteorological monitoring programs for the island atoll.

"Climate change is the principal concern for the Pacific and its people. Changes in the climate as we have witnessed through natural disasters such as tropical cyclones, heavy rainfall events, flooding, droughts and increasing sea levels continue to impact our way of life and national security," said Mr Latu. 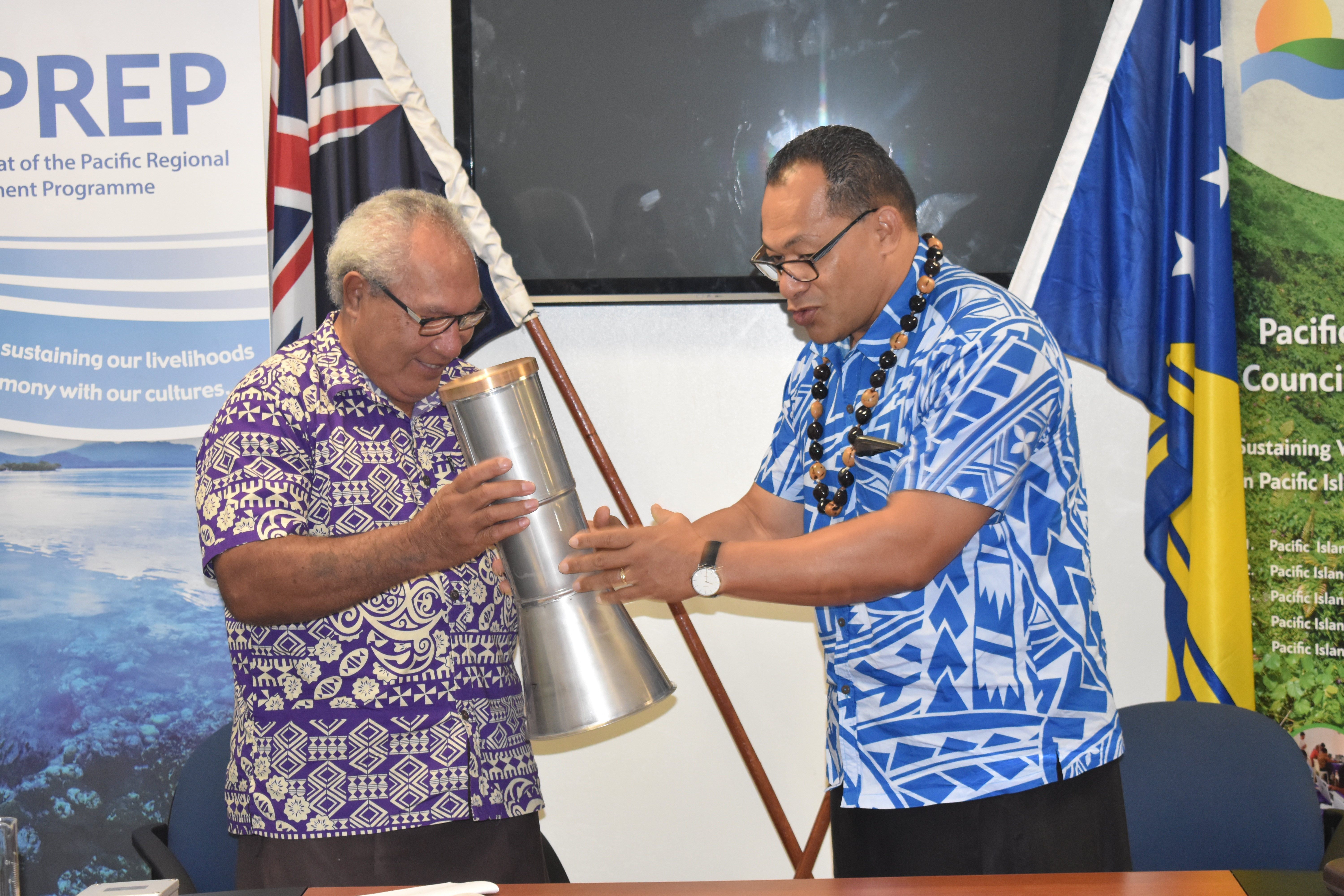 As the global climate grows less predictable and extreme events become more common there is an increasing importance to understand the climate and its influences on every aspect of the lives of Pacific islanders. Hence the vital role of meteorological and climate services to Pacific islands.

"I commend Hon. Kelisiano Kalolo, Minister of Economic Development, Natural Resources and Environment, on his leadership and great foresight for initiating this significant activity and making this possible through institutional arrangements and support for capacity development for Tokelau Met staff," said Mr Latu.

The handing over of meteorological instruments was in response to Tokelau's request for support from SPREP to re-establish Meteorological observations in Tokelau. 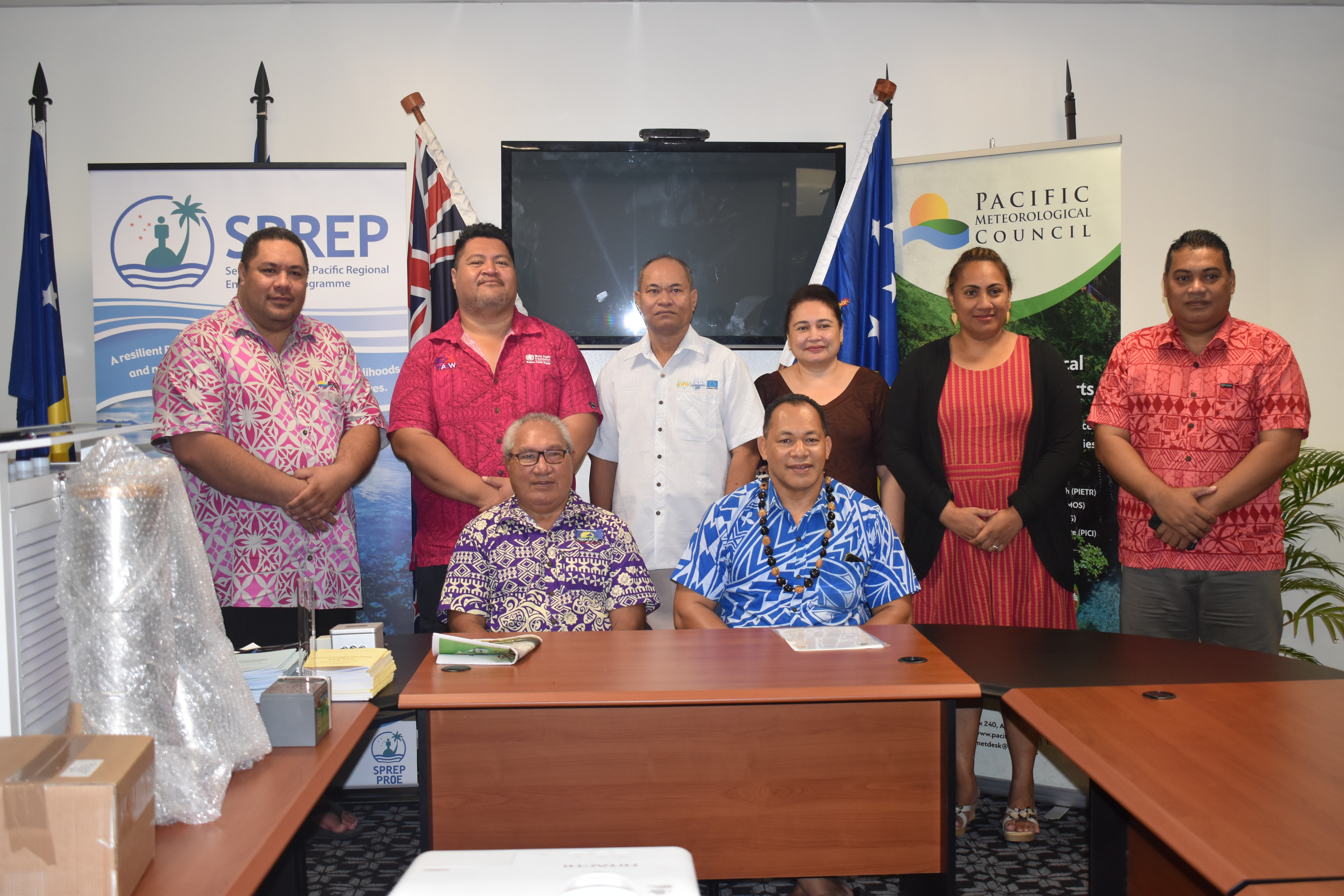 Staff of the Tokelau office in Apia with staff of SPREP after the official presentation.
Photo: S.Seuseu/SPREP

"I am overwhelmed with joy and appreciation over the receipt of the meteorological apparatus from SPREP to equip our Met office. I would like to take this opportunity to express our sincere gratitude for your efforts in facilitating our request for a start-up Met package to rekindle our efforts in providing basic weather forecasting information for the people of Tokelau" said Hon Kelisiano Kalolo.

Tokelau's vision to adapt and to build capacity in the area of Met Services is noted in our "Living with Change" (LivC). An Integrated National Strategy for Enhancing the Resilience of Tokelau to Climate Change and related hazards 2017-2030. The activity fits under the Climate Resilience Investment Pathway 2 (CRIP 2) as Adaptation to strengthen integrated risk reduction an adaptation to enhance climate change and disaster resilience.