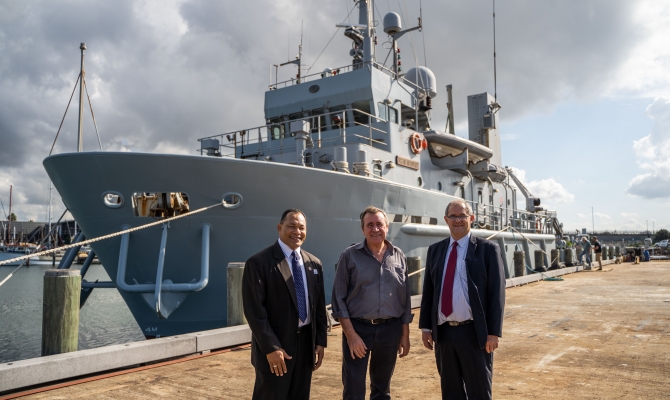 23 May 2019, Australia - A remediation programme to protect island ecosystems from damage caused by oil pollution from World War II wrecks sunk in the Pacific Ocean was launched in Newcastle Harbour today.

The programme is the result of a partnership between Major Projects Foundation, the Secretariat of the Pacific Regional Environment Programme (SPREP), an intergovernmental Pacific regional organisation made up of 26 Members, and the University of Newcastle. This will see expert teams of scientists, engineers and marine archaeologists work with Pacific island communities to meet the challenges posed by the degradation of wrecks.

There are in excess of 3,700 World War II wrecks registered globally, but the most vulnerable locations are those in the Pacific region, with Federated States of Micronesia, Palau, Papua New Guinea, Republic of the Marshall Islands and Solomon Islands identified as being areas at high risk of oil leakage from sunken vessels.

The launch took place aboard MV Ocean Recovery, a refurbished ex-New Zealand Navy vessel provided by Major Projects Foundation, which the teams will use during the programme to explore priority shipwrecks.

“This partnership represents an important step towards meeting regional targets outlined by our Pacific island Members in the Cleaner Pacific 2025, our 10-year plan for a pollution-free Pacific,” said Mr Kosi Latu, the Director General of SPREP, who was at the launch to sign a memorandum of understanding for the partnership.

“We have a unique opportunity to focus on deploying science and engineering solutions to protect ecosystems and cultural heritage in the Pacific.”

Marine pollution is widely recognised as one of the four major threats to the world’s oceans, along with climate change, habitat destruction and over-exploitation of living marine resources. Spills of oil and other chemicals into the marine environment, both from ships and land-based sources, is a significant source of pollution.

Oil pollution not only has a detrimental effect on ecosystems, fauna and flora, but it can also lead to loss of amenities such as sandy beaches and markets for fisheries and tourism, as well as causing damage to boats, fishing gear, boat ramps and jetties.

Paul Adams, Director of Major Projects Foundation, stressed the urgency. “A few years ago, on a diving trip, we noticed oil leaking slowly from a number of wrecks,” said Mr Adams.

“Nearby communities are deeply worried about large amounts of oil spilling out when the wrecks collapse completely. There are only a few years left before rust takes its toll.”

Using expertise from marine archaeologists and historians, the programme will identify wrecks posing the biggest risk of an oil spill. Once identified, sub-sea engineers and bioremediation experts will look at a number of possible techniques to prevent oil spills. These could include hot-tapping to pump out the oil directly from the tanks; cathodic protection of the ship’s hull to prevent it from rusting further and to stimulate marine growth on the wreck, making it structurally stronger; and using bacteria known to eat and breakdown oil, a process known as bioremediation.

The launch saw attendees from industry, academia and government given tours of the impressive vessel, whose unique features include a recompression chamber, dive bell and a surface air system to supply divers to 30 metres. 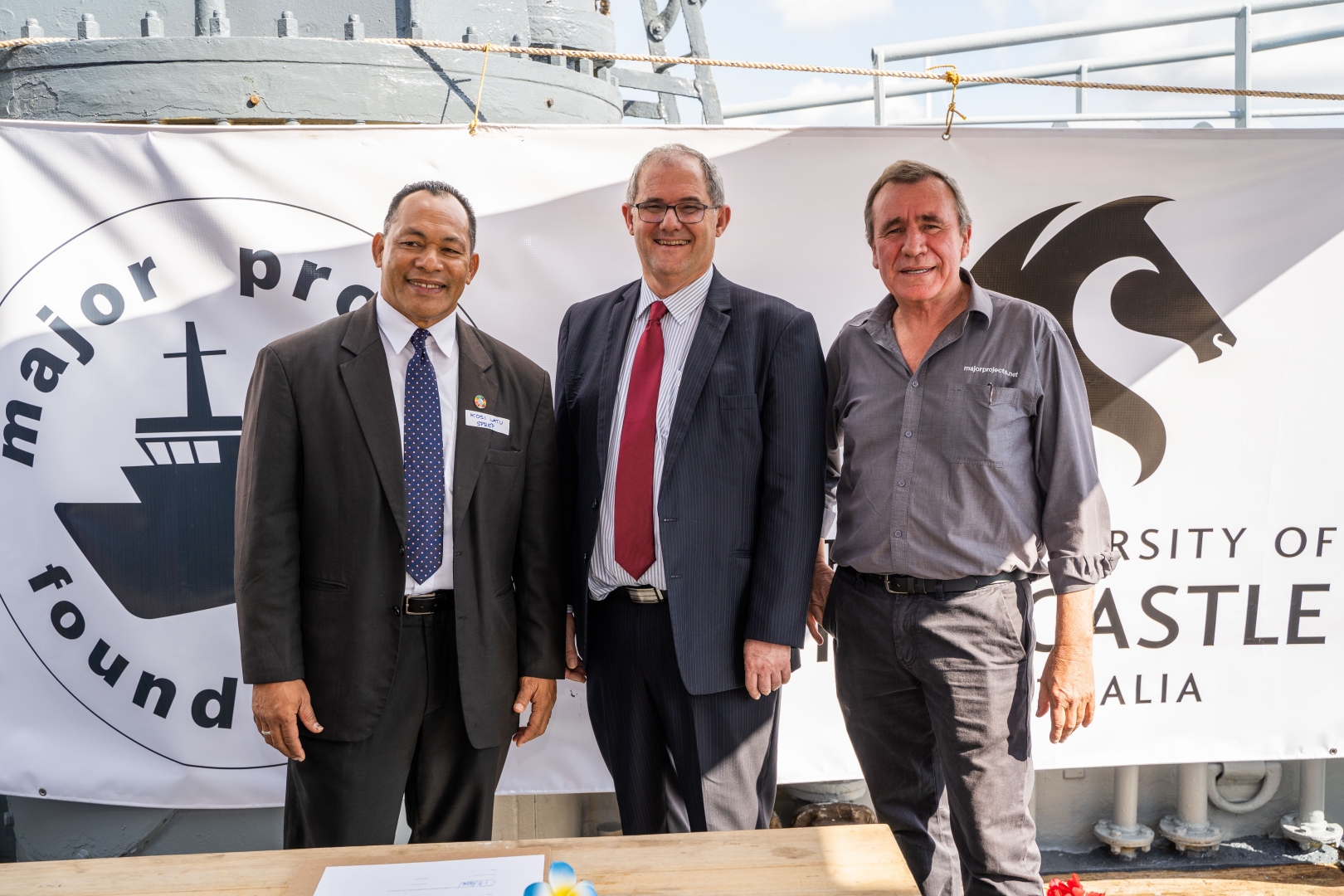 Built in 1979, the 43-metre vessel, renamed MV Ocean Recovery, was purchased by philanthropists Paul and Wilma Adams, who started Major Projects Foundation in July 2018 to help investigate damage caused by oil to coastal or sea life and coral reefs in our oceans. The vessel’s four-point anchoring system enables her to hold precise position when moored, making it easier for teams to investigate potentially polluting wrecks.

As part of the partnership, the University of Newcastle has funded a PhD student, Awei Bainivalu, to develop novel bioremediation technology for oil remediation based on microorganisms able to simultaneously increase oil bioavailability and degrade oil.

Ms Bainivalu, a Fiji national, was one of three Pacific Island students to be awarded to a scholarship as part of the University of Newcastle’s Global Impact Cluster for Energy, Resources, Food and Water, an initiative which aims to empower students and researchers to tackle environmental issues in vulnerable island and ocean ecosystems.

Professor Alan Broadfoot, Executive Director of the University of Newcastle’s Global Impact Cluster for Energy Resources Food and Water, said the partnership is a unique response to the environmental challenges Pacific countries face.

“As a University that prides itself on being at the forefront of meeting these challenges, this partnership will enable our world-class researchers to contribute tangible solutions that can protect our oceans from major environmental damage.”

MV Ocean Recovery will remain in Newcastle Harbour for the next month and then conduct training and research work off the Australian coast. She will then be berthed at the Maritime Museum in Sydney for a few weeks of publicity work, before being assigned to priority wrecks in the Pacific.

As well as remediation of World War II wrecks, the partnership will see the organisations work together to find ways to protect marine environments and preserve national heritage sites in Pacific communities, as well as to minimise any adverse economic, environmental and social impacts. 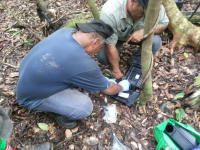 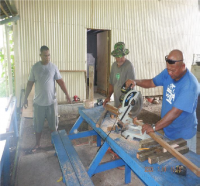