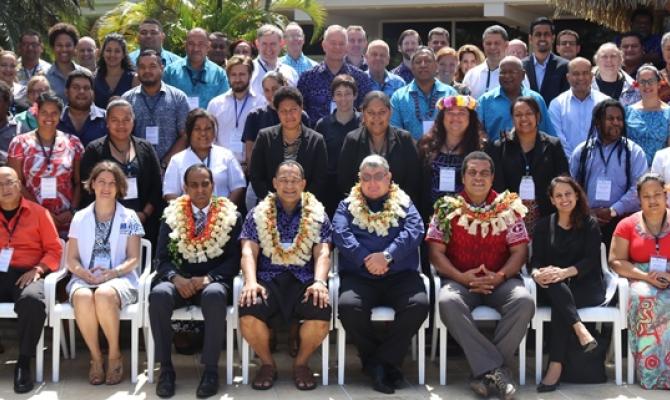 This year it sits parallel to the Pacific Humanitarian Partnership Meeting also taking place on 2 – 3 October, before the Joint Pacific Platform for Disaster Risk Management and Pacific Climate Change Roundtable meets on 4 – 5 October, 2017.

“Over the years the PCCR has been the platform for dialogue amongst the Pacific climate change community as we have shared experiences, discussed common issues and progressed priority needs through our working groups,” said Mr Kosi Latu, Director General of the Secretariat of the Pacific Regional Environment Programme (SPREP).

As the region embarks on a new path ahead under the Framework for Resilient Development in the Pacific (FRDP) bringing together the Climate Change, and Disaster Risk Management communities in the Pacific, the PCCR will discuss its transition under the FRDP.

“Let us commit towards a resilient future for the Pacific and find amicable solutions for attracting adequate financial resources to implement climate and disaster actions, establish competent good governance mechanisms and create and enabling environment for effective dialogue, communication and partnerships,” said Mr Joshua Wycliffe, the Permanent Secretary for Local Government, Housing and Environment of Fiji as he opened the PCCR.

“We may be relatively small as individual countries, but together, the Pacific is an important global stakeholder in the climate change arena, having vast knowledge in living with our natural environment in harmony thanks to knowledge imparted by our forebears. Let us not think of ourselves as small island developing states but think of ourselves as being large ocean states.”

Since 2008 the PCCR has been held across the Pacific region, from Samoa to Republic of Marshall Islands, to Niue, and now fittingly to Fiji, the very first Pacific island to preside over a Conference of the Parties to the United Nations Framework for Convention on Climate Change (UNFCCC COP) in particular COP 23.

“With COP23 coming up in November this year, the PCCR has the capability of helping to build the bridge between the Paris Agreement and COP23, by discussing what has been implemented since the Agreement came into force, and paving the way for a successful COP23, with Fiji helping to further strengthen a strong, unified Pacific voice,” said H.E David Vaughan Aidney, Honorary Consul of Germany who spoke on behalf of the German Federal Office, a strong supporter of the PCCR. 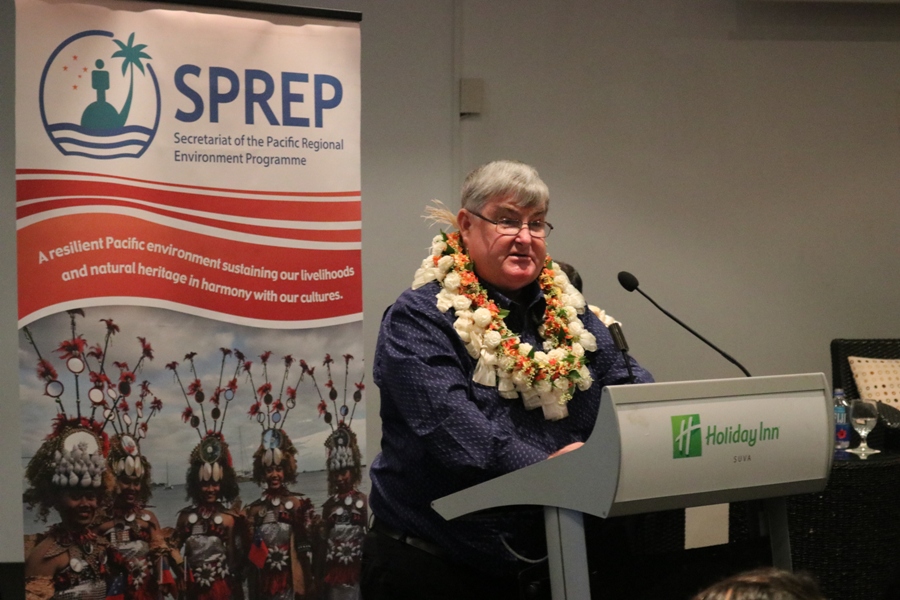 “The German Government considers the Pacific Climate Change Roundtable as one of the most influential events in the Pacific region, enabling you all to discuss climate change issues on a broader scale, bringing together representatives from governments, private sector, civil societies and donors from across the region.”

It’s a full two-day agenda for the Pacific Climate Change Roundtable with climate finance as a focus with national and regional experiences and key lessons learnt, as well as opportunities on accessing climate finance to be shared by participating representatives of Pacific island countries.

Emerging priorities and opportunities are also on the agenda, such as the outcomes of the recent Pacific Island Forum Leaders meeting, the Pacific Meteorological Council meeting, the UN Ocean Conference and the Paris Agreement, as well as the Sustainable Development Goals, and the link between these and climate change and resilience.

While the Pacific Resilience Week is only a one week event, there are a number of climate change activities that will continue on between now and the UNFCCC COP23.

“We also have the High Level Support Mechanism a targeted meeting aimed at helping the region in terms of negotiations in context of the UNFCCC process. Fiji will also be hosting the pre-COP event,” said Mr Kosi Latu.

“There is a clear link between the PCCR meeting objectives and the regional efforts towards COP23.”

The Pacific Climate Change Roundtable has been made possible with the generous support of the Government of Germany, the Australian Government through the Department of Foreign Affairs and Trade, Australian Aid and CSIRO. The event has been held since 2008 on a biannual basis coordinated by SPREP and partners. The last PCCR was held in Apia in 2015.

From 2 to 3 October, 2017 is the Pacific Humanitarian Partnership Meeting at the Grand Pacific Hotel coordinated by United Nations Office for the Coordination of Humanitarian Affairs (UNOCHA) and the Pacific Climate Change Roundtable at the Holiday Inn organised by SPREP. 4-5 October, 2017 is the Joint Pacific Climate Change Roundtable and Pacific Platform for Disaster Risk Management followed by the Regional Steering Committee for Building Safety and Resilience in the Pacific organised by SPC on 6 October, 2017. - #PRW17 #PCCR2017.