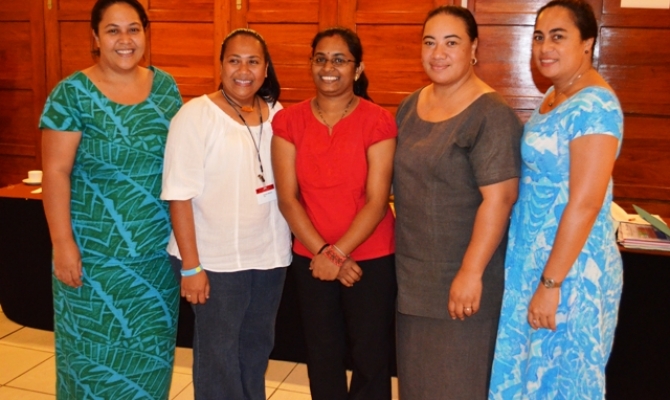 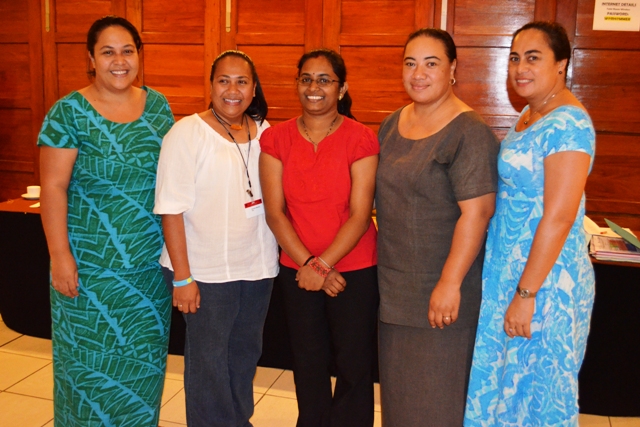 Ms. Saras Sharma in middle with Pacific island colleagues attending the
Convention on Migratory Species Conference of the Parties Preparatory Meeting in Fiji

Ms. Saras Sharma has been announced as the recipient of the 2014 Lui Bell Memorial Post-Graduate Scholarship for Marine Species Conservation, established to honour the life and work of the late Lui Bell and his commitment to the conservation of marine species in the Pacific islands.

Ms. Sharma is a graduate of the University of the South Pacific and is currently working at the Department of Fisheries in Fiji. She is planning her Masters Degree in Marine Affairs, specifically studying the migration pattern of humpback whales in Fiji waters.

"We received over 15 applications for this award in remembrance of our close friend and colleague and we are very pleased to announce Ms. Sharma as its recipient," said Mr. David Sheppard, Director-General of the Secretariat of the Pacific Regional Environment Programme (SPREP).

"We had two separate panels assessing all applications and we both came together with a unanimous decision, congratulations Saras, it is an honour for us to present you with this." 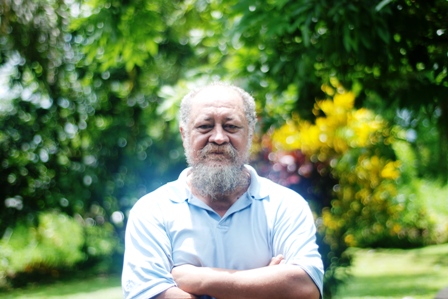 At the time of his passing in 2012, Mr. Lui Bell was the Marine Species Officer at SPREP where he had worked since 2005. His unwavering commitment and dedication to marine species conservation is well recognised, he is known for his role in the establishment of sanctuaries in the region, including over 18 million square kilometres of whale and dolphin sanctuaries.

This award is made even more special given Ms. Sharma has worked with Lui on various different activities since 2007.

"I'm excited and a little bit sad at the same time, as Lui taught me some of the work that I am doing today," said Ms. Sharma.

"I'm very grateful to SPREP and his family. I really wish that Lui was here to see how much I have achieved from what he has taught me."

Mr. Bell with Ms. Sharma and colleauge during the Ringgold Turtle Survey in Fiji, 2010

The announcement of Ms. Sharma as the very first recipient of the Lui Bell Memorial Post-Graduate Scholarship for Marine Conservation was celebrated in the presence of many friends and colleagues of Lui at a meeting in Fiji.

The Pacific Regional Preparatory Meeting for the 11th Conference of the Parties to the Convention on Migratory Species and training in the Roles and Responsibilities of CMS Family National Focal Points was held in Nadi, Fiji in August.

The meeting was an opportunity to bring together Pacific island parties to the CMS, with the Secretariat and stakeholders to form a path ahead for the 11th Conference of the Parties meeting to be held in Quito, Ecuador.

Countries and partners attending the gathering were from the Cook Islands, Fiji, Palau, Tonga, Samoa and Vanuatu - many of whom recalled fond memories of working on protection of marine species with Lui over the years.