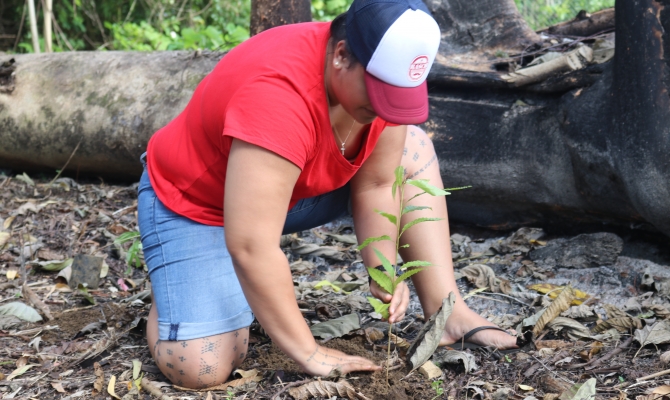 Samoa is 1,000 trees closer to reaching its target of two million trees, following a tree-planting by the Secretariat of the Pacific Regional Environment (SPREP) this evening.

SPREP staff along with their families and friends spent the afternoon planting a total of 1,000 tree saplings at Vailima in a bid to help mitigate the negative effects of climate change.

It was also their contribution to the Government of Samoa's Two Million Trees campaign, which was launched in 2015.

The initiative was coordinated by SPREP's Le Coral Social Club, which has committed to planting 5,000 trees by January 2019.