Key outcomes for the Pacific environment from the 23rd SPREP Meeting 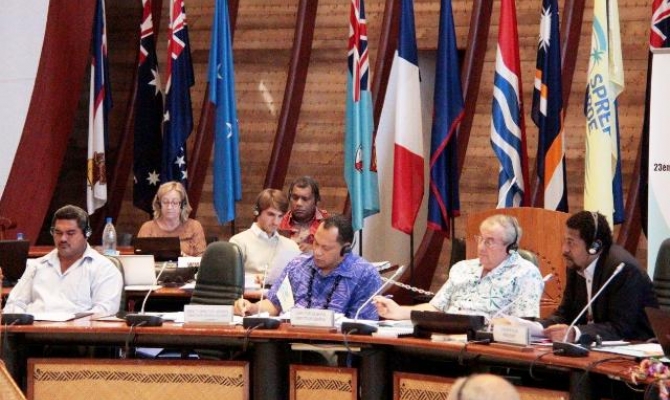 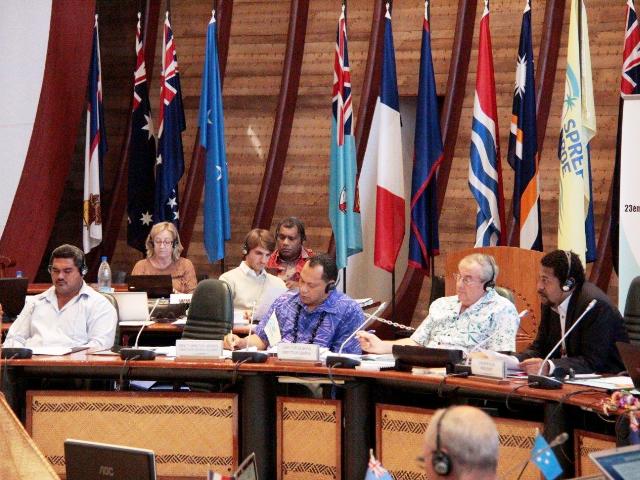 Pacific Environment Ministers highlighted 4 key areas: (i) ocean conservation and management; (ii) renewable energy; (iii) financing for biodiversity and climate change; and (iv) follow up to the Rio+20 meeting. They noted that better management and conservation of the Pacific Ocean has been a dominant theme over the last year, both at Rio+20 and at the Pacific Islands Forum meeting in the Cook Islands in August. They fully endorsed the Pacific Oceanscape, and the concept of the Pacific as “Large Ocean Island States” – the theme of this years Forum - and also Cook Island Prime Minister Hon. Henry Puna’s comment that: “we are nations joined by a large ocean not separated by it”.

The SPREP Meeting noted many major commitments to better protect and manage the Pacific Ocean including recent announcements by the Cook Islands to establish the world’s largest marine protected area and the major marine initiatives of the host country for the SPREP Meeting, New Caledonia. 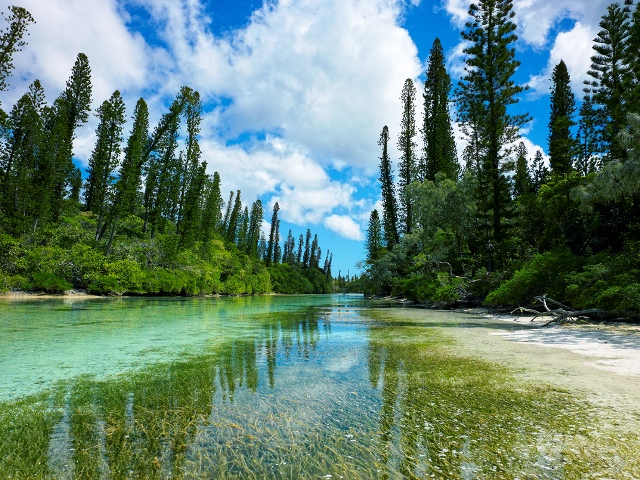 However the challenge is now to ensure these important marine areas become a reality. In particular, that they are effectively managed and delivering benefits for Pacific peoples and for our precious marine biodiversity.

SPREP members called on the international community to support Pacific efforts and in particular called on the Global Oceans Partnership of the World Bank to provide practical, tangible and immediate support to the ocean initiatives of Pacific countries and territories.

The SPREP Meeting also adopted important marine initiatives, particularly the adoption of Marine Species Action Plans for 2013-2017 which focus on three groups of marine species of conservation concern: dugongs, marine turtles and cetaceans (whales and dolphins). These provide important guidance for Pacific countries and also for donors and partners wishing to support Pacific efforts in these areas.

SPREP Ministers discussed the Rio+20 meeting, held in June this year, and noted the strong and effective message delivered by the Pacific – that the small islands of the Pacific are the most vulnerable on Earth and are increasingly threatened, often by factors beyond our control, such as climate change. The SPREP meeting noted clear benefits for the Pacific from Rio+20, but only if we capitalize on the opportunitiesprovided. In particular the Rio Outcome document recognizes the “Special Case of Small Island States” and places major emphasis on issues relevant to the large ocean states of the Pacific, such as climate change and the need for effective ocean governance and management.
The SPREP Meeting noted the landmark SPREP/UNDP PACC – Pacific Adaptation to Climate Change – Project is building momentum and is shifting from planning to delivery of practical actions to help Pacific countries adapt to climate change. The SPREP Meeting also noted major progress in renewable energy. Although our region contributes only 0.03% of the world’s total greenhouse gas emissions, Pacific countries are among the most vulnerable to the effects of climate change. The SPREP meeting noted the Pacific is showing the way for many developed countries by developing and implementing ambitious renewable energy road maps. SPREP Members applauded a world first from Tokelau which now generates 100% of its energy from solar energy rather than from expensive imported diesel.

Environment Ministers noted the loss of biodiversity remains a major challenge for Pacific countries and territories. The rates of biodiversity loss in the Pacific region are among the highest in the world. Threats such as deforestation, overfishing, and invasive species must be addressed as a priority. SPREP has expanded its programmes on biodiversity over the last year, particularly with new programmes on invasive species, island biodiversity, and ecosystem based adaptation to climate change. The SPREP Meeting endorsed the five yearly Pacific Nature Conservation Conference, which will be held in Fiji in November 2013. This landmark conference provides an opportunity to take stock and to agree on actions to address the alarming loss of biodiversity in our region.