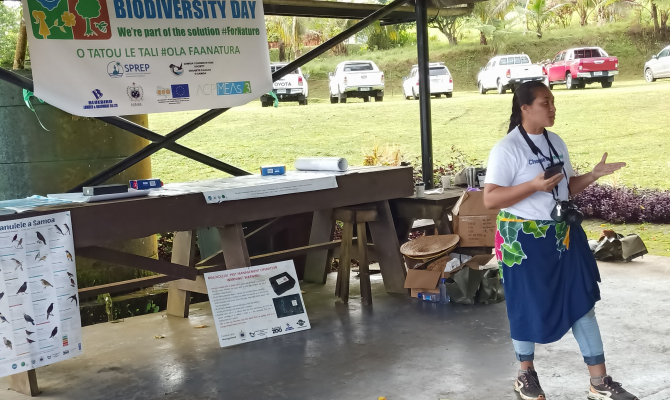 Spending a day in nature was on the agenda for people of Samoa as the International Day for Biological diversity was celebrated with a special event at Malololelei Recreation Reserve on 22 May 2021.

Those who gathered on the day, learnt about the biodiversity and participated in the management of the reserve, hoping to instil the value that “We are part of the solution”, the theme of the International Biodiversity Day.

The Malololelei Recreation Reserve was established in 2015 in Samoa and is home to rock formations that are approximately three million years old, as well as adjoining land that has the world’s smallest spider, the harmless Samoan moss spider (Patu Marplesi) only around half a millimetre when fully grown.

This special event in celebration of the World Biodiversity Day was a collaboration between the Government of Samoa through the Ministry of Natural Resources and Environment (MNRE), Samoa Conservation Society (SCS), the Secretariat of the Pacific Regional Environment Programme (SPREP). 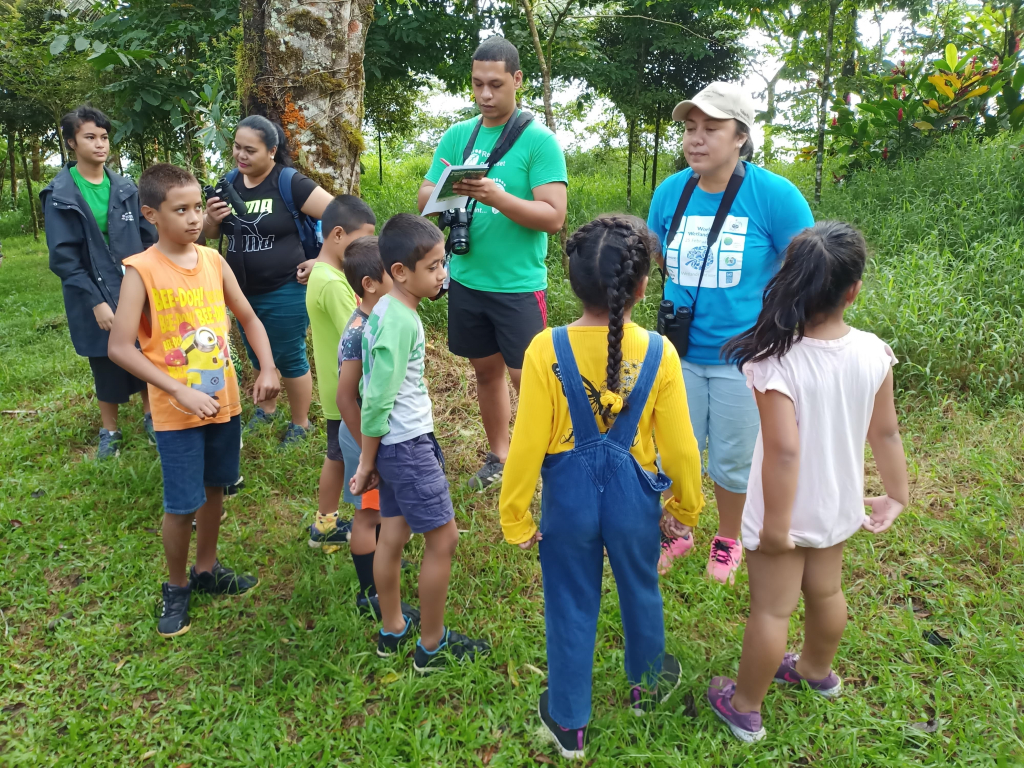 Participants assisted with managing baiting stations by collecting waste from the stations and carrying out re-baiting, all in the aim of controlling the pest rat population which threatens native birds and other species that inhabit the reserve.

A number of globally threatened IUCN Red listed species can be found in the reserve, including at least five endemic birds such as the manumea and maomao, and the endemic bush palm called Niu Vao (Clinostigma samoense) which SCS and MNRE are attempting to grow at the Vailima Botanical Garden.

They also participated in bird watching, butterfly watching, skink counting, among other fun activities which the children enjoyed.

While the theme for World Biodiversity Day 2021 is “We’re part of the solution”, Mr James Atherton, President of SCS cautioned that we are also part of the problem.

“The protection of places like this has never been more important than now. We continue to see the impacts of our actions on nature and are now beginning to learn that nature can bite back. An intact nature provides us a buffer against climate change and as a sink to absorb the greenhouse gases that are the cause of global warming,” said Mr Atherton.

“We are now seeing evidence that our destruction of nature and our adverse interactions with wild animals in particular may be the origin of viral pandemics such as Covid 19. We simply cannot afford another pandemic like this one so it’s critical that we learn pretty quickly to live more harmoniously with nature for our own sake, and the species we share this planet with.”

Mr Atherton thanked the owner Tuiapo Andrew Ah Liki for conserving the 30 acres site and allowing free access to the reserve. He stated that SCS and MNRE were working with other landowners to increase the conservation area to cover the entire headwaters of the Gasegase river, a land size of 1200 acres.

Mr Kosi Latu, Director General of SPREP expressed the importance of the day stating he was delighted to be “working with MNRE and SCS to bring together family and friends to work on controlling invasive species such as rats and monitor the native bird species and other species here at the Malololelei Reserve.”

“As you know, more than one million plant and animal species are facing extinction and with the impacts of COVID-19, we are reminded of how critical the health of nature is for human wellbeing and sustainability. We all have a role to play in being part of the solution, and it is wonderful to see that this activity has also involved our children who are our future leaders and decision makers.”